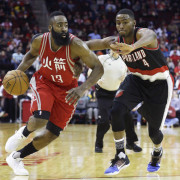 7) Justify – Favorite. Undefeated in 3 races. Trained by Bob Baffert who has helped 4 horses to 4 Derby wins including Triple Crown winner American Pharoah. Favorite Horse has won past 5 Derbys. But this will be his first race as a 2 year old and no horse has won without a start as a 2 years since Apollo in 1882. That’s the Apollo Curse, which might be broken today!
14) Mendelssohn – Most recently won UAE Derby in Dubai back in March by over 18 lengths. Broke speed record. He has won his last 3 races. Also had an impressive win at the Breeder’ Cup Juvenile Turf. European trained horses haven’t won in 143 years, but Mendelssohn is a special horse and could break that streak.
11) Bolt d’Oro – His jockey, Victor Espinoza, has won two of the past four Kentucky Derbys. Finished 2nd behind Justify last month in Santa Anita Derby.
6) Good Magic – No horse in the field has a better combination of class, experience and running style. He’s coming off an impressive performance in the Blue Grass Stakes a month ago at Keeneland and won the Breeders’ Cup Juvenile last November. In most years, a horse that won those two races would be among the favorites.
10) My Boy Jack – Most experienced of the field with 10 races, 2 wins in last 3 including most recently an impressive win at the Lexington Stakes where he came from 9th place. Opened as a long shot 30/1 odds and is now one of the favorites 5/1. His jockey,Kent Desormeaux, has 3 Derby wins.
9) Hofburg – A long-shot with plenty of upside, trained by Hall of Fame Bill Mott. Finished 2nd to Audible in Florida Derby and won his 2nd race. Finished seven and three-quarters lengths ahead to the third-place finisher in the Florida Derby and has been training well leading up to the Derby.
5) Audible – Has won 4 straight. His trainer, Todd Pletcher, helped Always Dreaming to a first-place finish at the Derby last year. He’s a closer who likes to sit near the back, if he doesn’t get blocked in this 20 field, he might have what it takes to win. He’s also backed by Amazon.
16) Magnum Moon – Undefeated in 4 races. He’s the strongest horse in the field, having never won a race by less than two lengths, and also trained by Todd Pletcher.
18) Vino Rosso – Co-owned by Vinnie Viola, who owned 2017 Derby champion Always Dreaming and trained by Todd Pletcher. Most recently won the Wood Memorial, and has 3 wins in his 5 lifetime races.
0 replies

Want to join the discussion?
Feel free to contribute!